Why limit hours of marijuana sales? 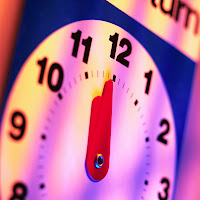 The Washington State Liquor Control Board's proposed rules for the new legal marijuana marketplace in our state say that marijuana shops may be open from 8:00 a.m. to midnight.  The initial draft rules would have allowed shops to be open from 6:00 a.m. to 2:00 a.m..  Substance abuse prevention advocates asked that the hours be similar to liquor store hours prior to the approval of Initiative 1183: 9:00 a.m to 10:00 p.m.

Why ask the Liquor Control Board to limit marijuana sales to 13 hours per day?

The Centers for Disease Control & Prevention's (CDC) Guide to Community Preventive Services recommends limiting the days and hours of sale of alcoholic beverages to prevent excessive consumption and related harms.  "The reports show that increasing the number of hours and days when alcohol can be sold in bars, restaurants, and liquor stores leads to greater alcohol use and related harms, especially motor vehicle crashes."  Since a legal marijuana marketplace has never been established anywhere before, the best we can do right now is to look to lessons learned from alcohol and tobacco.

Some have publicly wondered why marijuana sales should be shorter than current alcohol sales.  Substance abuse prevention advocates maintain that instead of increasing marijuana sale hours, the Liquor Control Board may want to consider shortening liquor sale hours.  After all, it is a best practice for reducing public health and safety harms related to alcohol consumption.

Some have also suggested that limiting hours of marijuana sales would be bad for Seattle nightlife.  Considering that marijuana cannot be consumed in shops or in public, it is difficult to see how people who go to bars and other nightlife venues would be negatively impacted by limited hours of sale.  It would just take some planning on their part to make sure that they buy their pot before midnight so that they may consume it in private after the bars close.
Posted by Inga Manskopf at 8:33 AM