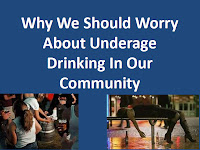 Last week, Prevention WINS and the Seattle Children's Hospital Division of Adolescent Medicine hosted a movie night featuring a new video produced by the coalition.  More than 80 people attended, including a reporter from Q13-FOX.  To view the story from Q13, click here.

A special thanks goes to the Prevention WINS members who were interviewed and Seattle Children's Hospital's Public Relations Department for coordinating media coverage!

During the event, Nathan Hale's Raiders Against Destructive Decisions (RADD) gave a presentation about their survey of local convenience stores.  They specifically looked at retailing practices that may promote underage drinking and tobacco use.  To view their presentation, click here.
Posted by Inga Manskopf at 8:49 AM No comments:

According to the Seattle Police Department, earlier this month they received complaints about middle school and high school students buying marijuana and marijuana-laced brownies from a residence in the Ballard neighborhood.  Detectives observed school-aged children from Ballard High School and Whitman Middle School going to the back door of the suspect residence and buying marijuana.

On the morning of April 24th Seattle Police served a search warrant on the suspect residence.  Five adults were inside and were detained and interviewed by detectives.  The primary suspect, a 50-year-old male, was arrested at his place of employment. 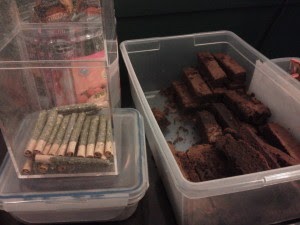 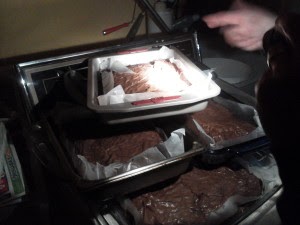 I-502, medical marijuana, and youth access
Though the possession of small amounts of marijuana is now legal for adults in our state, it is not legal for people under the age of 21.

Recently, several home invasions have involved marijuana grow operations in homes.  Right here in NE Seattle earlier this month, a home in View Ridge was robbed and the victims were held at gun point while the suspects took marijuana plants, weapons, cash, and a victim’s car.

Initiative 502 set the stage for a legal marijuana marketplace but work to keep our children drug-free and our community’s safe remains and likely will require more vigilance.

May 9 Update:  KIRO-TV reports that parents complained for a year about the man selling marijuana brownies to children.
Posted by Inga Manskopf at 8:39 AM No comments:

According to Mothers Against Drunk Driving (MADD), "Each year, about 4,700 people die as a result of underage drinking . . .but the majority of the deaths attributable to alcohol use among 15 to 20 year olds are not on our roadways . . . 32 percent of all deaths related to underage alcohol use were traffic fatalities and 68 percent were other fatal incidents, including homicides (30 percent), suicides (14 percent), alcohol poisonings (9 percent) and other causes of death (15 percent)."

In collaboration with Seattle Children's Division of Adolescent Medicine, Prevention WINS is hosting a special movie night tomorrow, April 25, featuring a short video that tells the story of one NE Seattle teenager who did drink and drive and the consequences of her decision.  In addition to her story, the new coalition-produced video follows a local police officer as he patrols Magnuson Park and discusses other consequences of underage drinking including sexual assaults.  The video ends with advice for parents from a Seattle Children's Hospital adolescent medicine expert.

The video will be followed by a presentation by members of Nathan Hale High School's Raiders Against Destructive Decisions (RADD).  They recently surveyed local stores that sell alcohol to assess retail practices that enable youth to access alcohol and tobacco.  RADD will present their findings.

For more information about tomorrow's event, please contact the Prevention WINS coordinator.
Posted by Inga Manskopf at 9:34 AM No comments: 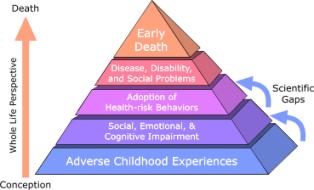 
Learn about the groundbreaking ACE study which demonstrated the association between traumatic childhood experiences (i.e. child abuse, neglect, and family dysfunction) and later-life health and well-being. Dr. Anda, emphasizes that many of those with ACEs are resilient and adaptable, able to change behaviors and overcome toxic experiences that have affected them over the years.
Posted by Inga Manskopf at 9:05 AM No comments:

What the Healthy Youth Survey tells us about youth substance use, mental health, bullying, and academic achievement

The Washington State Division of Behavioral Health and Recovery recently provided community coalitions with an analysis of 2012 Healthy Youth Survey results that included information about the possible link between substance abuse and mental health problems, academic outcomes, and other health-related issues.

This first slide shows the "co-occurrence" of mental health problems with substance use among Washington students.  The dark blue bars represent youth who report experiencing depressive feelings in the last year.  The light blue bars represent those who did not report depressive feelings.  As the chart shows, youth who report depression are more than twice as likely to be using substances with alcohol leading the way. 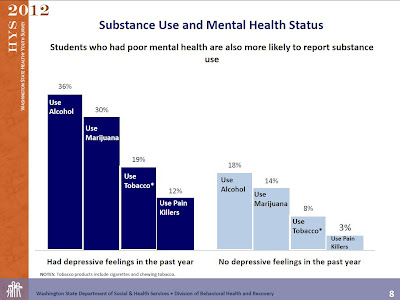 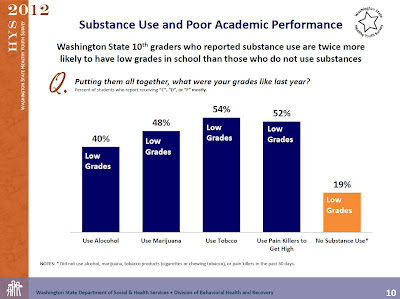 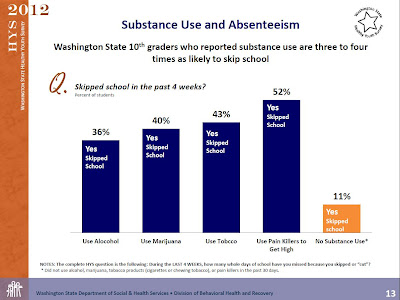 Among Washington 10th grade students﻿ who use alcohol, 32% report being bullied.  The rate climbs to 41% among students who use painkillers to get high.  ﻿ 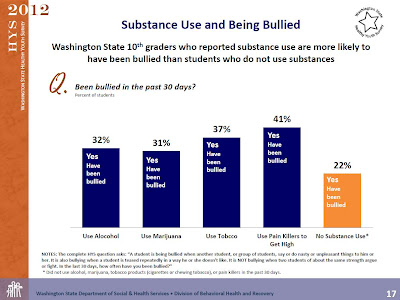 This final slide shows that students who report carrying a weapon are also much more likely to report using substances. 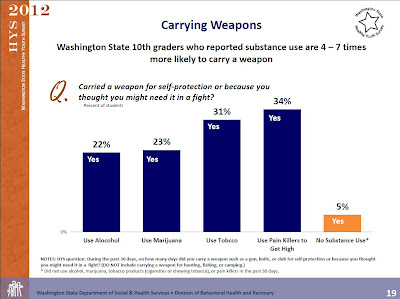 Posted by Inga Manskopf at 2:41 PM No comments: 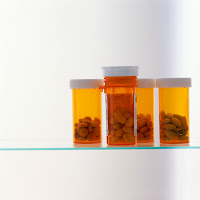 Since 2006, northeast Seattle teens increasingly report that they abuse ADHD medications and prescription painkillers. One way to prevent teen medicine abuse is to reduce the availability of these drugs in home medicine cabinets. Tell your friends, neighbors and co-workers to bring unused medicines to their local police precinct on April 27 from 10:00 am to 2:00 pm.


This event provides safe and secure disposal of unwanted household medicines, including controlled substances, thanks to all our local law enforcement partners who are providing collection sites. There is no cost to residents to drop-off their unwanted and expired medicines and it's anonymous.

All Seattle Police Department precincts participate in this event. To find other collection sites or to find out more about the event, go to the Take Back Your Meds website.

Publicize the event by posting a flyer on community bulletin boards, at pharmacies and other public locations.
Posted by Inga Manskopf at 10:23 AM No comments: 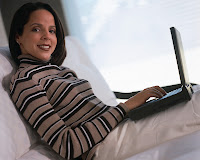 Throughout 2013, the federal Interagency Coordinating Committee Committee on the Prevention of Underage Drinking (ICCPUD) is hosting a series of webinars on underage drinking.  The next one will take place next week.

National experts will expand on the shape of the solution to underage drinking.  The discussion will focus on evidence-based prevention strategies that are age and culturally appropriate and address both individual and environmental factors.  Following the presentation, panelists will engage in a live question-and-answer period.

To register, click here.
Posted by Inga Manskopf at 8:21 AM No comments:

Last year, CenturyLink requested and was approved for a 2,000 person beer garden. Beer is available at approximately 400 points of sale within the stadium plus roving vendors.  In addition, alcohol is available at many bars and restaurants within a mile radius of the stadium.

The stadium is broken down into four areas of alcohol service:
CenturyLink’s request would allow fans to purchase one drink containing spirits per person and return to their seats with them.  (Right now, fans must drink spirits in a beer/spirits garden.) This would be available in every level except the 3rd level where most alcohol-fueled problems occur. CenturyLink claims the drinks contain 1.25 oz. of spirits in an 8 or 10 oz. container (less than 1 standard drink), so they are actually getting less alcohol than the large beer purchase. (Fans can purchase 2 beers per person.)

As CenturyLink seems to understand considering their request does not include level 3 of the stadium, alcohol contributes to public safety problems inside and outside of the stadium.  Here are some links to a KIRO investigation about violence at NFL stadiums:

CenturyLink was the subject of two high profile over-service violations, resulting in a fan beaten so severely that he had to be treated at Harborview. Neither of these incidents were referred to the Liquor Control Board.

Comments about CenturyLink's request can be made directly to the 3 Liquor Control Board members:

Posted by Inga Manskopf at 10:20 AM No comments:

According to the 2012 Healthy Youth Survey, almost a quarter of NE Seattle* high school seniors report riding in a car with someone who has been drinking. 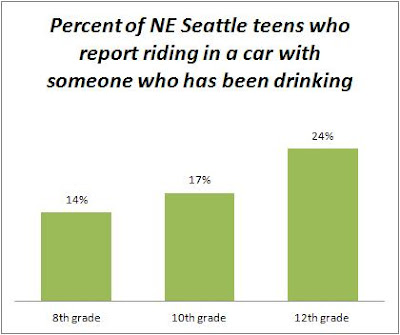 Last June, Seattle's Child magazine published "Anna's Lesson", a story about a NE Seattle teenager who drove drunk and suffered life-threatening consequences.  On April 25, the Prevention WINS coalition will launch a 15-minute video about underage drinking and driving in NE Seattle.  Following the video, NE Seattle community members, including parents and youth, will talk about their experiences and answer questions from participants.  For more information, contact Prevention WINS. 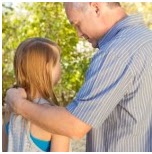 Underage Drinking in NE Seattle: A Parent’s Role in Prevention
The video features interviews of local community members about the problem of underage drinking.

After the video… Join in the discussion with coalition members and local teenagers about the story, underage drinking, and the role of parents and community members in preventing underage drinking.

For more information and to RSVP, contact Prevention WINS.
Posted by Inga Manskopf at 3:20 PM No comments: