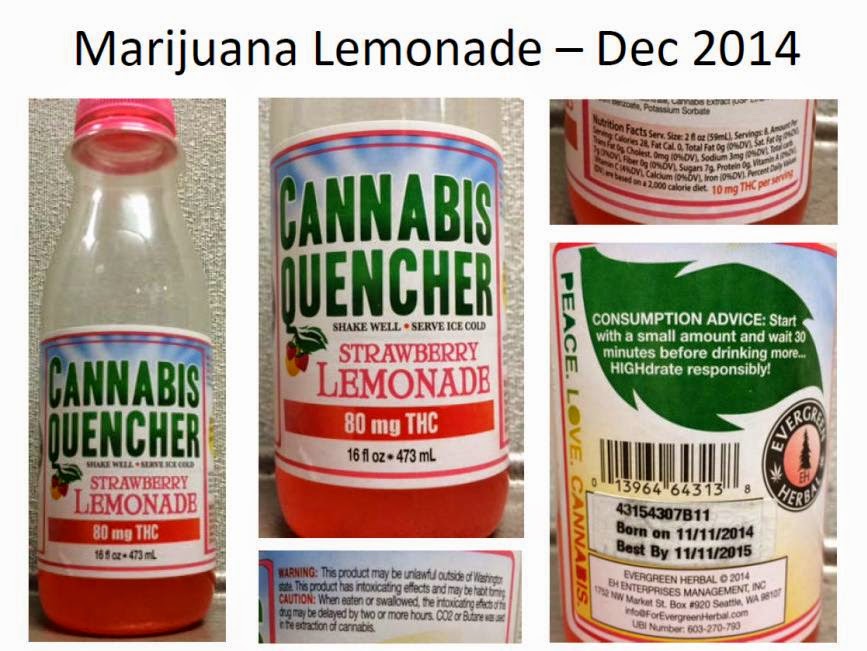 Several Seattle community members testified before the King County Board of Health last week asking that they ban medical marijuana edibles that are attractive to children and teenagers.  They spoke about the many medical marijuana stores in their communities, a spike in marijuana poisonings in our state, and provided personal stories about losing a child to drugs.

The Board of Health was also briefed about the implementation of the secure medicine return program which was adopted in 2013 as a way to reduce prescription drug abuse among teenagers.  The program is moving forward despite pharmaceutical companies suing the county in an effort to block it.
Posted by Inga Manskopf at 12:01 PM No comments:

On Saturday, the Seattle Times published two pieces about the unregulated medical marijuana system in our state and how it plays out in Seattle.

"How I learned it's ridiculously easy to buy pot at medical marijuana dispensaries without a 'green card'" is written by a reporter who, apparently, looks young for her age.  After easily purchasing fruit-flavored strains of marijuana in two out of three medical marijuana dispensaries without showing ID or an authorization, she wonders, "Why did these guys have to make it so easy, especially if they thought I looked too young? What if I were an underage kid?"


Prevention WINS coalition members representing schools, parents, juvenile probation, and drug counselors have been reporting how easy it is for teenagers to get medical marijuana for a few years.  This became especially true once Seattle started licensing medical marijuana dispensaries as businesses and they started popping up along north Seattle arterial roads like Lake City Way and Aurora.  One student at a north end high school was caught many times sharing and selling medical marijuana to friends that he bought from a nearby dispensary.  Five students from another high school required medical attention after eating high potency medical marijuana edibles last year.  A middle school drug counselor complained to police about students coming to school with marijuana they purchased at a medical marijuana dispensary on Rainier Avenue.  All of these reports were apparently ignored by public officials.

An accompanying editorial, "Unregulated medical-marijuana market is creating a hazy future", calls on the City of Seattle and the state legislature to do something about medical marijuana.  They state that there is "no excuse to ignore existing authority, including criminal charges against black-market dealers masquerading as dispensaries."


Posted by Inga Manskopf at 7:12 AM No comments:

Two possible scenarios would create 500 foot buffer zones between medical marijuana businesses and places where children congregate including schools, playgrounds, daycare centers, parks, and libraries.  One of those scenarios measures the buffer zones according to "how the crow flies" and one according to "common path of travel" - the shortest walking distance.  This is what the two scenarios look like in NE Seattle:

As the Crow Flies 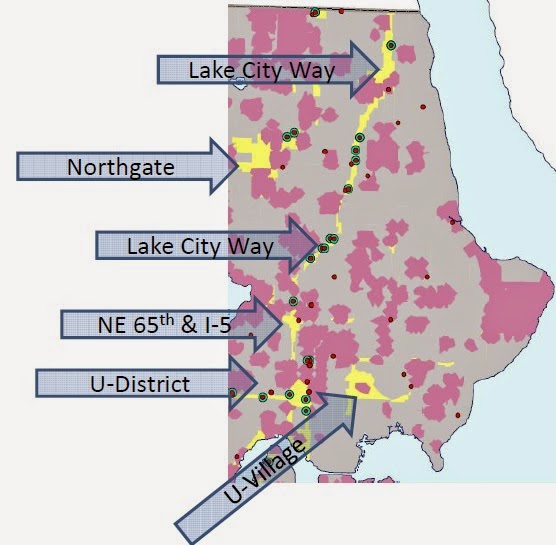 Marijuana business density is of concern for teen drug use prevention efforts because research has repeatedly shown that teens who live in communities with many tobacco and alcohol businesses have high rates of tobacco and alcohol use.  A study recently published in the journal of Drug and Alcohol Dependence found that "higher total density of medical marijuana dispensaries was related to greater likelihood of past year use of marijuana."  In other words, the more available a drug is, the higher use rates are.
Posted by Inga Manskopf at 1:51 PM No comments: