DFC funding may be reduced

The Prevention WINS coalition is funded by a Drug Free Communities (DFC) grant.  Money for new grants is in jeopardy of being significantly reduced in the federal budget.

The House of Representatives recently passed its version of the FY 2011 Continuing Resolution (CR) to fund the federal government for the rest of this fiscal year. The House-passed CR cuts the DFC program by $9.5 million, from $95 million to $85.5 million. If this cut becomes a reality, it means there will only be enough funding to support 7 new grants from the current grant solicitation that closes on March 18. The Senate has not yet passed its version of the CR.

Originally, funding for the DFC program was appropriated at $95 million to allow at least 75 new grants to be awarded in this current grant year.

For more information, visit the CADCA website.
Posted by Inga Manskopf at 1:57 PM No comments:


SAMHSA is encouraging young adults, ages 18 to 25, to create a 15- or 30-second PSA that shows how they’re making a difference in their community by preventing alcohol and drug abuse and that reflects the theme of “We are the ones. How are you taking action?”  Visit the contest Web site for more details.  The deadline for entries is April 15, 2011
Posted by Inga Manskopf at 1:44 PM No comments:

Medicine return bill in the news

As the Secure Medicine Take-back Bill (SSB 5234) awaits a vote in the Rules Committee -- it needs to be passed by the Senate before the cut-off deadline of March 7 to keep moving forward this session -- it has received a good deal of media coverage.

Coalition learns about Take Back Your Meds campaign

During yesterday's Prevention WINS meeting, coalition members learned about the local Take Back Your Meds campaign.

Legislation currently being considered in the Washington State Senate would create a secure medicine return program in our state.  This bill could have a significant impact on youth substance abuse prevention.  During recent coalition meetings, we've heard reports about youth abuse of prescription medications on the rise.  Prevention science confirms that reducing access to harmful substances is a proven method for preventing youth substance abuse.  For the legislation to move forward, the Senate Rules Committee will need to vote on it by March 7.  Pharmaceutical companies who oppose the bill are working hard to ensure that the bill does not get a full Senate vote.
Posted by Inga Manskopf at 8:55 AM No comments:

The Prevention WINS coalition's Parenting Social Norms Workgroup met last night and what an energizing meeting it was!  After discussing what a social norms marketing campaign is and reviewing examples from other successful campaigns, the Workgroup started planning for a training in the spring.


Here is an example of a positive social norms message for parents: 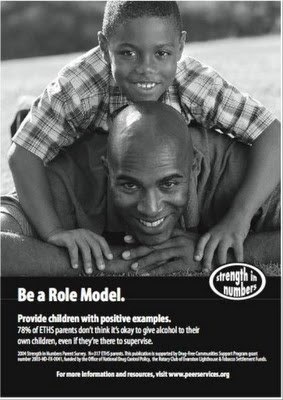 For more information on the social norms approach for prevention, visit the National Social Norms Institute website.
Interested in joining the Parenting Social Norms Workgroup?  Our meetings are open to everyone interested in preventing youth substance abuse in northeast Seattle.  Check our calendar of events for upcoming meeting dates.
Posted by Inga Manskopf at 8:40 AM No comments:

Please park in the Giraffe parking garage and enter the hospital through the Giraffe entrance.

Contact us for more information.
Posted by Inga Manskopf at 8:36 AM No comments:


Parents will learn:
-- What to expect from their adolescent
-- Over a dozen tools for effectively parenting teens
-- How to set limits and show love during the pre-teen and teen years

Youth will learn:
-- How to resist peer pressure
-- How to manage anger and stress
-- How to choose positive friends
-- Appreciation for their parents

Learn more about this tested and effective prevention program at the Washington State University website.
Posted by Inga Manskopf at 10:35 AM No comments:

In addition to the links listed at the end of the presentation, parents were encouraged to visit Parents: The Anti-Drug and the Prevention WINS website.

The event provided a great example of what communities can do when they come together.  The planning committee included staff from Seattle Children's Hospital, Prevention WINS, Ecsktein Middle School and the Eckstein Community Learning Center which is made possible by the University Family YMCA and Seattle Parks and Recreation thanks to the Seattle Families and Education Levy.
Posted by Inga Manskopf at 10:12 AM No comments:

According to a recently released report, past 30-day use rates of alcohol, marijuana, and tobacco declined significantly and at all grade levels (middle and high schools) between Drug Free Communities (DFC) coalitions' first and their most recent data reports.  Moreover, prevalence of 30-day use was lower across all substances for DFC high school students than among a nationally-representative sample of high school students taking the Youth Risk Behavior Survey (YRBS). 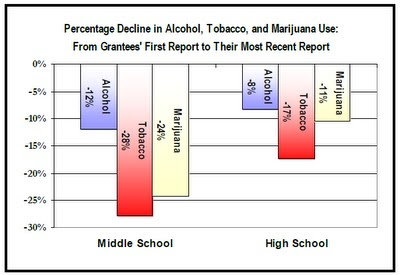 The DFC grant program supports community coalitions in preventing and reducing youth substance abuse.  Coalitions are a significant catalyst for creating local change.  Prevention WINS is in its first year of DFC funding.
Posted by Inga Manskopf at 9:28 AM No comments:

Every year, the Marin Institute hosts a Free the Bowl contest, a national competition to raise awareness about beer ads shown during TV sporting events, and especially during the Super Bowl, that are inappropriate for millions of young viewers who watch the event.  Youth from around the country submitted short videos about the effect beer ads have on underage drinking and the amount of ads they see during the Super Bowl.  As one of the winning entries noted, "Why do we have to watch the best game of the year and watch these (beer ads), too?"

This year's winning videos, along with all entries, are now posted on the Free the Bowl website.
Posted by Inga Manskopf at 11:30 AM No comments: 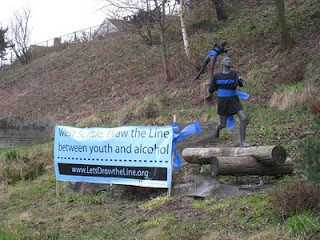 Youth from High Point's Teens Against Drugs and Alcohol (TADA) recently decorated statues near the West Seattle Bridge as part of the Let's Draw the Line Between Youth and Alcohol campaign.  More photos are posted on the campaign's Facebook page.
Posted by Inga Manskopf at 11:54 AM No comments:

Risky behaviors increase when teens are with peers

From a recent post on the New York Times' Well blog:

In studies at Temple University, psychologists used functional magnetic resonance imaging scans on 40 teenagers and adults to determine if there are differences in brain activity when adolescents are alone versus with their friends. The findings suggest that teenage peer pressure has a distinct effect on brain signals involving risk and reward, helping to explain why young people are more likely to misbehave and take risks when their friends are watching.


For parents, the study data reinforce the notion that groups of teenagers need close supervision.


“All of us who have very good kids know they’ve done really dumb things when they’ve been with their friends,” Dr. Steinberg said. “The lesson is that if you have a kid whom you think of as very mature and able to exercise good judgment, based on your observations when he or she is alone or with you, that doesn’t necessarily generalize to how he or she will behave in a group of friends without adults around. Parents should be aware of that.”

Tips for safeguarding and monitoring teenagers is available at Parents: The Anti-Drug.
Posted by Inga Manskopf at 11:24 AM No comments:

From the Washington State Coalition to Reduce Undearge Drinking (RUaD):


Several people have commented to RUaD staff that they are seeing Four Loko on shelves, yet there was a ban put in place.  Below is a summary that describes the temporary ban and how you can contact the Liquor Control Board if you want to comment on a permanent ban.
The Temporary Ban
On November 10, 2010, the WA Liquor Control Board passed an emergency resolution to ban alcoholic energy drinks in Washington State. This ban covers the importation, production, manufacture, distribution or sale of products that combine beer, strong beer, or malt liquor with caffeine, guarana, taurine, or other similar substances.

What the Ban Covers
The ban covers those drinks that mix alcohol with a high dose of stimulants such as caffeine, guarana, etc. Brand names include Core, Four Loko, Joose, and Max. Regular energy drinks such as Red Bull, Monster, and RockStar are not banned.

The FDA Ruling
Shortly after WA passed this resolution, the FDA issued warning letters to four companies that produce these drinks, calling caffeine an “unsafe food additive.” This caused the companies to remove these products from store shelves.

Why Four Loko is back on the shelves
At least one company, Phusion Projects (the maker of Four Loko), responded by removing caffeine and other stimulants from their products. This reformulated product still comes in 23.5 oz. containers with 12% alcohol.

Regular Rule-Making – A Permanent Ban
According to regulations, the temporary ban will expire after 120 days (on March 10, 2011). The LCB immediately began the regular rule-making process. The proposed rule was filed on January 12th.


In an effort to address this problem, a National Prescription Drug Take Back Day took place September 25, 2010.  Due to the overwhelming success of the first event, the DEA is planning a second National Prescription Drug Take Back Day which will take place on Saturday, April 30, 2011. This will be a great opportunity for those who missed the first event or who have subsequently accumulated unwanted, unused prescription drugs, to safely dispose of them.

Local collection sites are listed on the Take Back Your Meds website.
Posted by Inga Manskopf at 9:12 AM No comments:

On January 27, President Obama recorded his annual "Your Interview with the President" in which he answered questions on a wide range of issues submitted and voted on by YouTube users.  One such question focused on the President's stance on marijuana legalization.  The President responded that he is opposed to marijuana legalization and that the Administration is committed to a comprehensive public-health based strategy with a renewed emphasis on prevention and treatment.
Posted by Inga Manskopf at 3:19 PM No comments: