"Dabbing", pot clubs in the news

"Right now in Washington, if you are in mid twenties and younger, you prefer hash oils and vaporization as opposed to smoking," said Randy Simmons, Program Director for I-502 for the Washington State Liquor Control Board in a recent story by KOMO News.  This reflects what Prevention WINS coalition members are hearing in NE Seattle.

In other marijuana-related news, a story from KIRO features the Seattle City Attorney promoting the idea of private pot clubs in Seattle.

Posted by Inga Manskopf at 1:28 PM No comments:

The percent of Seattle high school students who report being drunk or high at school within the last 12 months is significantly higher than the rate in King County according to a report from Seattle & King County Public Health.

While Seattle high school students report bullying and obesity at rates lower than the King County average, they report using alcohol and marijuana at rates higher than average.  In 2012, about a quarter of  NE Seattle high school seniors reported attending school under the influence within the last year (Healthy Youth Survey).  High schools administrators report that this year they have noticed an increase in the number of students who come to school high.
Posted by Inga Manskopf at 11:17 AM No comments:

Labels: under the influence at school, underage drinking, youth marijuana use

How to keep kids safe with the legalization of marijuana

How to keep kids safe with the legalization of marijuana is a topic covered by Seattle Children's Hospital's On The Pulse blog.

Leslie Walker, MD, division chief of Adolescent Medicine at Seattle Children’s Hospital, recently co-authored a guide for parents about preventing underage marijuana use. Walker says that it’s important for parents to know the facts, learn how to talk about marijuana and be aware of the messages that their children may see.

Posted by Inga Manskopf at 7:46 AM No comments:

This morning, the WA House Early Learning & Human Services Committee held a work session about youth access to alcohol and marijuana since the adoption of Initiative 1183 (liquor privatization) and Initiative 502 (marijuana legalization.)

Data collected by the Division of Behavioral Health and Recovery (DBHR) indicate that since the adoption of I-1183:


Though not enough time has passed since the adoption of I-502 to be able to analyze long-term effects, early data indicate that youth perceptions of risk associated with marijuana use significantly declined.  With retail stores scheduled to open this year, researchers expect increased availability of marijuana among minors.

2/27/14 Update: Below are links to media reports about the work session. 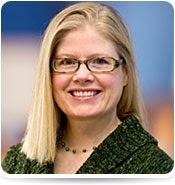 Guest Speaker: Megan Moreno, MD, MPH
Dr. Moreno is an adolescent medicine physician, researcher, and educator at Seattle Children's Hospital and the University of Washington.  She is the Principal Investigator if the Social Media and Adolescent Health Research Team (SMAHRT) which is working to increase understanding of the relationship between social media and adolescent health.
Posted by Inga Manskopf at 12:01 PM No comments:

Hear a fascinating presentation by Dr. Nora Volkow, Director of the National Institute on Drug Abuse, about the effects of marijuana use on the brain, body and behavior. Dr. Volkow's remarks were given earlier this month.

Toward the end of her talk, Dr. Volkow states that the "single most powerful" way to minimize harm related to youth marijuana use is prevention.  She notes, "Prevention in young people works!"
Posted by Inga Manskopf at 10:51 AM No comments:

In Seattle, Macklemore needs no introduction.  In this video, he talks about his struggle with addiction to raise awareness among young people about the dangers of prescription drug abuse.


Macklemore starts the video with a story about how he started drinking when he was 14.  On average, NE Seattle high school students who drink started between ages 13 and 14.  As his story goes on, it is evident that he, like most teenagers who use drugs, used a variety of drugs.

In the end, he talks about his addiction to prescription drugs.  His message is especially relevant in NE Seattle where prescription drug abuse has steadily increased among teens since 2008.

Posted by Inga Manskopf at 8:59 AM No comments:

Prevention is part of the solution

Along with another celebrity's apparent drug-related death comes media stories with suggestions about how to stop fatal overdoses.  While many of the suggestions are important and greatly needed, I have yet to read a story about stopping drug-related harms by preventing drug use in the first place.  More than 90% of people with addiction began smoking, drinking, or using other drugs as teenagers.  To address adult drug abuse we should not forget about preventing teen drug use.

Substance use prevention has changed substantially over the last 20 years.  We now know that "just say no" and programs like DARE don't work.  Not only do we now know what programs work, we know which ones are likely to give the most bang for the buck.  We also know what kinds of public policies work to create healthy environments that support positive youth development.  Substance abuse, like most public health problems, needs a comprehensive solution that includes prevention.
Posted by Inga Manskopf at 9:09 AM No comments:


The legalization of marijuana in Washington State has real implications for parents and kids. What are current teen attitudes about drug use and accessibility? How will things change when legal marijuana shops are open for business and marijuana is increasingly available in homes? What about the growing prevalence of heroin and toxic mixtures, such as “molly?”
During this panel discussion featuring experts on adolescent psychology, drug addiction and law enforcement, parents will be armed with the knowledge and tools they need to help kids navigate the risks and dangers in this changing environment.  Dr. Leslie Walker from Seattle Children's Hospital is among the panelists.
Posted by Inga Manskopf at 2:37 PM No comments: