As perception of risk decreases underage marijuana use increases

Yesterday, I started to address common misperceptions about adolescent marijuana use included in a recent Seattle PI Pot Blog post.  Today let’s take a closer look at the statement that recent media stories “. . . give the impression that marijuana will suddenly become a big issue for kids.  Well, maybe legalization will have the opposite effect, even with kids’ attitudes about the dangers of marijuana slipping toward the ‘not so dangerous’ side."

As the author recognizes, perception of risk is associated with marijuana use among teens. 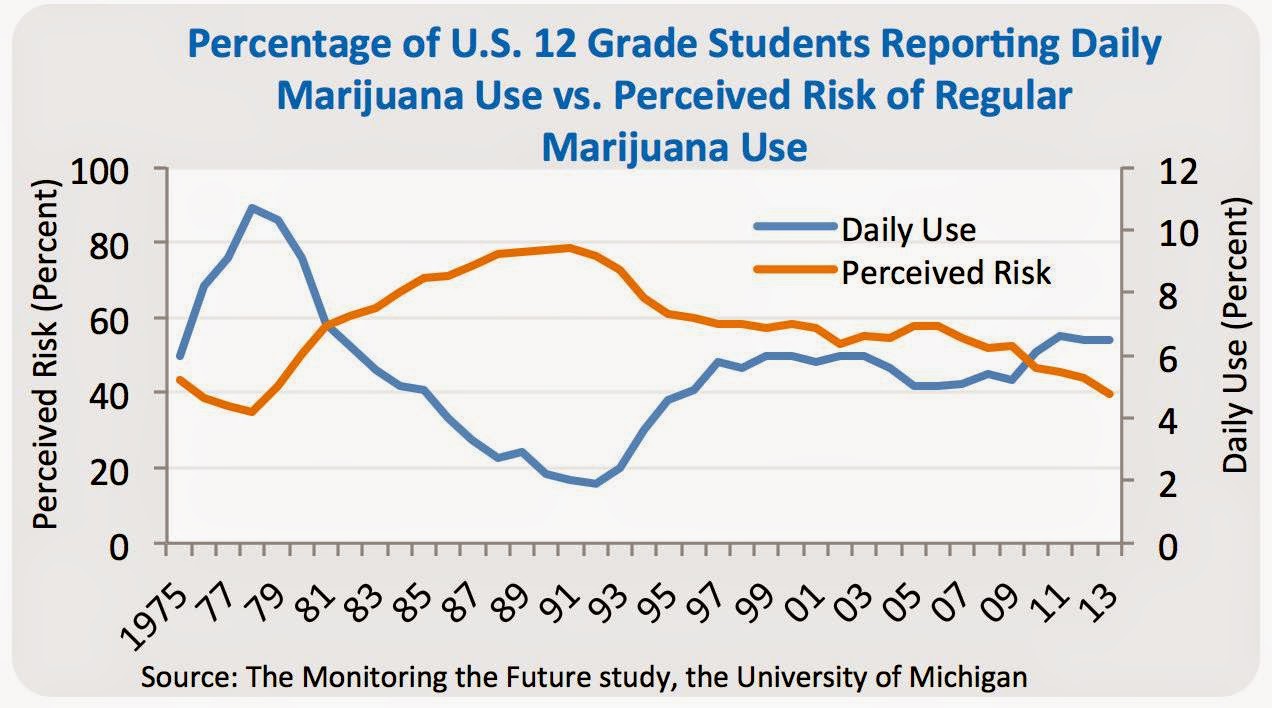 While local data about teen marijuana use and perceived risk post-legalization won't be available until next spring, current Healthy Youth Survey data indicate that NE Seattle teens decreasingly think that marijuana use is risky.  Prevention WINS coalition members and others concerned with teen drug use report that teenagers increasingly hear from adults in the community that marijuana use is not risky.  Unless it turns out that trends dating back to 1975 are poor predictors of future youth use rates, it is reasonable to expect that more Washington teenagers will report regularly using marijuana in the years to come.
Posted by Inga Manskopf at 7:10 AM

Labels: I-502, marijuana legalization, perception of risk, underage marijuana use