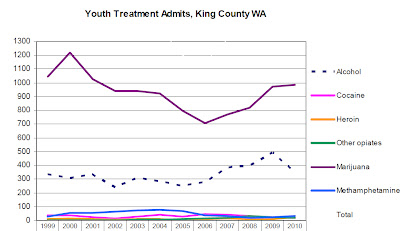 "Prescription type opiates are pretty potent, but they're also quite expensive. Heroin is much cheaper. So, my concern is that as people run out of resources to afford prescription type drugs, they're going to need to move on to heroin."
Posted by Inga Manskopf at 1:39 PM