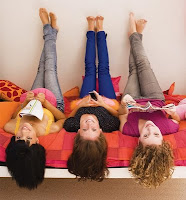 The current edition of the Journal Newspapers contains a cover story that is about "Raising healthy teenagers". It includes information from the coalition's March 23 parenting forum, Keeping Track of Teens:

Here’s some good news: Kids today report feeling more connected to their parents than those in the last few generations. According to J. David Hawkins, PhD, of the University of Washington Social Development Research Group and developer of Guiding Good Choices, parents have a much greater influence on their kids than they think.

“All the research shows that parents really do continue to be a very influential force in kids’ lives all the way through to college,” said Hawkins, who spoke at a March 23 parenting forum called “Keeping Track of Teens” at Eckstein Middle School in North Seattle. He encouraged parents to set clear guidelines about things like underage drinking and make those known to your kids.

His Guiding Good Choices curriculum teaches parents the importance of forming strong bonds with their kids by interacting with them on a regular basis, setting clear standards, providing the opportunities and skills to be successful, and recognizing efforts for improvement and achievement.

“[Our kids] will feel emotionally attached and connected to us, which creates the motivation to live by the standards set by our family,” explained Hawkins. “It’s important to keep the bonds strong.”

Carolyn Bernhard is the co-chair of a coalition of parents and community members in Northeast Seattle called Prevention Works in Seattle. The coalition hosted the recent parenting forum at Eckstein, where Bernhard’s 14-year-old daughter attends school. She saw how much a part of the high school culture alcohol was when her 21-year-old daughter was that age. “I’ve been involved [in the coalition] from the beginning. It gave me a way to try to change that culture,” she said.

The emphasis is on the middle school years. “If we can get parents and kids to understand the benefits of not drinking, we can make a difference at the high school and college level,” she said. “With the work we’re doing in middle school, my hope is that there will be a core group of kids who get to high school and choose not to drink, and still be cool.”
Posted by Inga Manskopf at 2:18 PM